We Jammin'! And BAC wants to Jam it wit you! 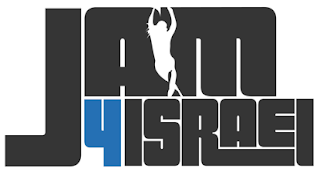 Good work deserves good exposure. And in that spirit, you should know about the Toronto chapter of the Birthright Alumni Commmunity's (BAC) post-charity party (and charity in its own right), the Jam 4 Israel.

The Jam was launched this year as the official "overtime"of BAC's annual Hoops 4 Israel charity basketball tournament, which raises money to support the vulnerable community of Ethiopian Israeli immigrants living in Bat Yam.


According to BAC - "Did you know: Over 70% of the Ethiopian-Israeli residents are living below the poverty line; 40% of Ethiopian-Israeli youth are categorized as 'at risk' and approximately 50% of residents live on welfare services. These children need OUR help!" 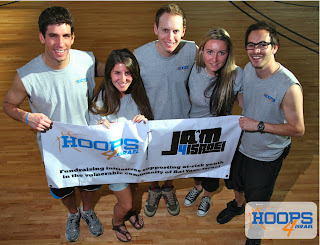 In its wisdom, the H4I-BAC executive decided that an after-event party was in order to celebrate the charity's ongoing success: and thus was born Jam 4 Israel, a party in which to shake one's tush in the knowledge you're doing some good tikkun olam work. 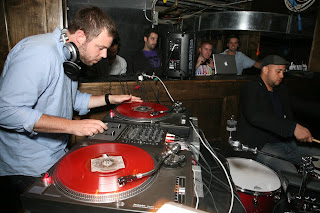 Keys N Krates provided the music at the Jam4Isreal
The inaugural Jam4Israel went down on Thursday, June 10 at Toronto's London Tap House. It raised more than $30,000 and interested readers can always donate to the cause by calling BAC and asking about what you can do, or how much you'd like to give. And just look at the fun you can have next year on the dance floor! 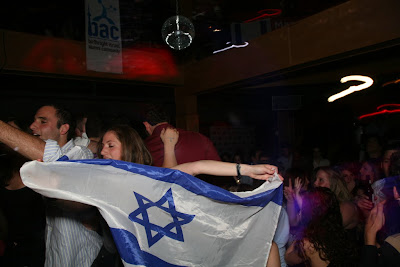 Partying down at the J4I last week in Toronto
Posted by Blintzkrieg at 12:45 PM

There's so much more to see!